Another USA Defender on it’s way ! 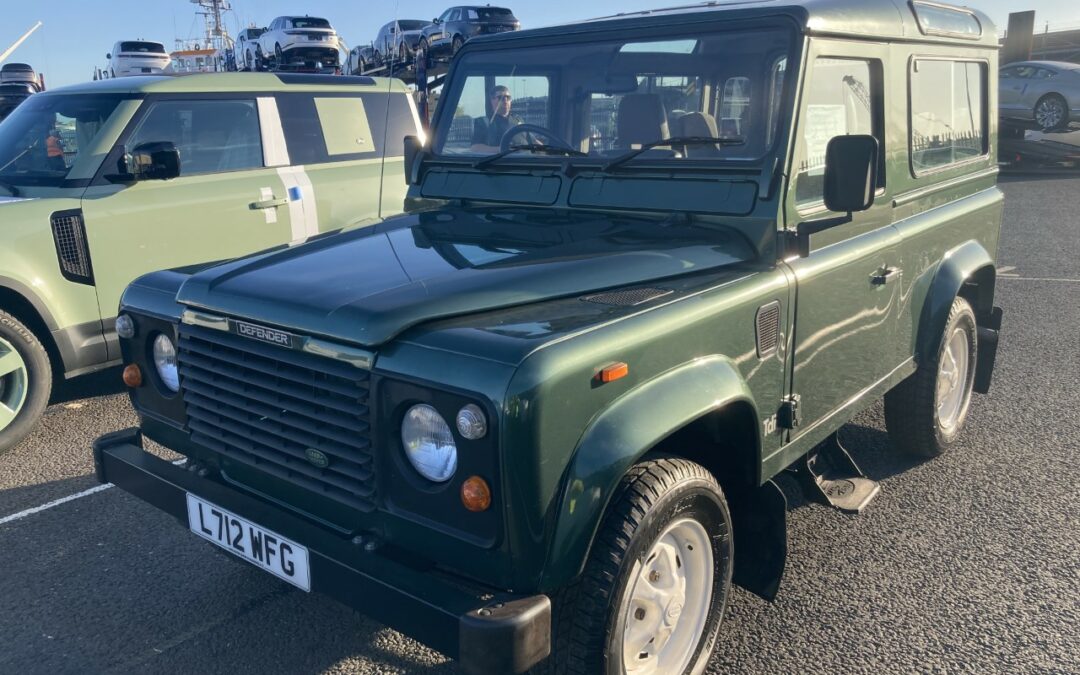 Another USA Defender on it’s way !

A beautiful sunrise this morning and an early start – Delivering our 1993 Defender County Station Wagon to Southampton Docks – On the first leg of it’s journey to Antonia in Alabama, USA.

It will go from Southampton to Savannah, where Antonia will collect it in a couple of weeks and drive it the 400 miles home – What an adventure !

We will update with pictures of the journey when we get them.

The Land Rover is sent via RoRo ship, which is basically a huge car ferry – It will be in good company with some new Land Rover Defenders also going on the ship.

We sometimes think that people do not appreciate the enormity of the operation in Southampton – So we have included some extra pictures to give you an idea !