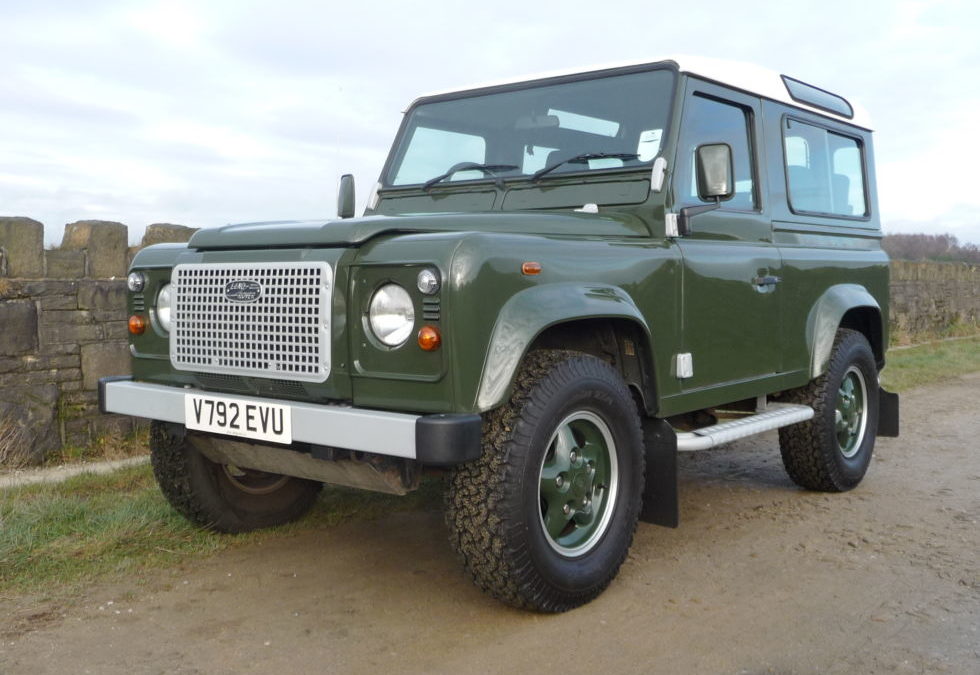 Mention “Heritage Land Rover” and most people will think of the limited edition models that Land Rover produced to commemorate the end of the line for the Defender model in 2015.

What many people will not realise is that Land Rover originally produced a Heritage model back in 1999.

This was designed to follow on from the success of the 50th Anniversary models that had been produced across the range in 1998.

Originally it was planned to build 300 examples, but in the end only 270 were manufactured.

We say “Before its time ?” as we wonder if the lack of numbers was down to low demand at the time for such a unique Land Rover model ?

Now approaching its 20th Birthday, we believe that it is coming in to it’s own, and with the success of the “run out” heritage models, one cannot help but look back on these original Heritage Land Rovers and feel that it was simply a little too early to market ?

Produced in 2 colours – “Dark Bronze Green” and “Light Pastel Green” and 2 models (90 and 110), they were based on the County station wagon specification, but with a host of unique styling features:

The silver styling was designed to emulate the galvanising that was featured on the original series models since 1948.

Other options were Air Conditioning, ABS and traction control.

That makes this particular Land Rover one of only 113 produced. Add to that the fact that it comes with all the options (A/C, T/C, ABS) you end up with a very Rare Land Rover.

The icing on the cake is the outstanding condition and the exceptional mileage of 34,300 !

Supplied new by Dutton Forshaw Land Rovers in Aylesbury – it was delivered to a 54 acre country estate in Oxfordshire.

It has obviously lead a charmed life and is presented for sale in stunning original condition, with 2 sets of keys, service book (9 stamps) and original handbook.

We sincerely believe you will not find a better example for sale anywhere.