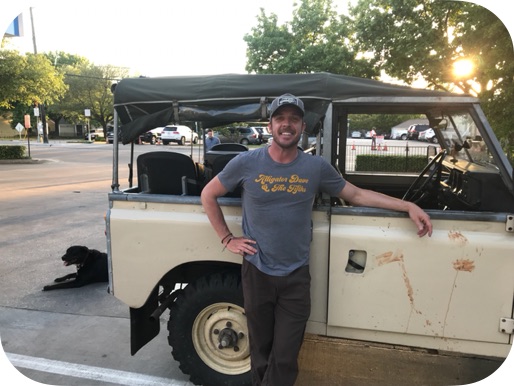 Our Boss’s Son, Ben relocated to Texas with his work a couple of years ago.

Whilst out and about this weekend, he spotted a really nice Series 3 Land Rover.

It turns out, that the Land Rover in question is “Lucille” – a 1979 Land Rover that we originally purchased from Radio Trent way back in 1999.

It passed through our hands a couple of times, before we sold it to Stephen in Texas.

Stephen was happy to chat and pose for a couple of photo’s and couldn’t believe what a small world it is !