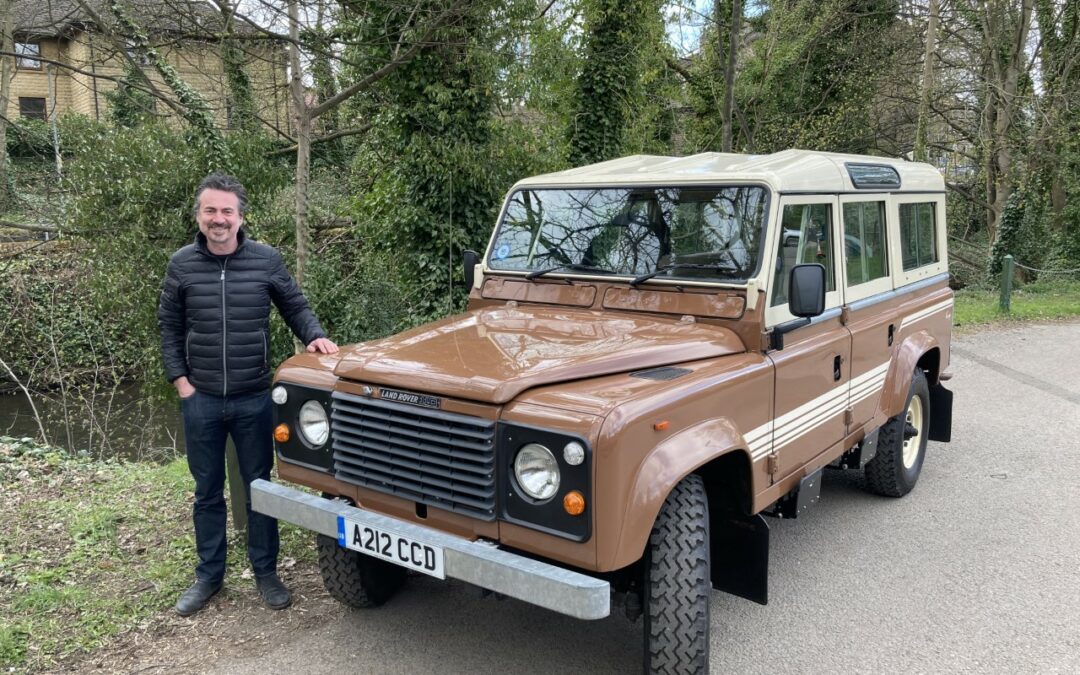 It was great to have a visit from Gareth today

Back in 2007 – Gareth Purchased this fantastic Land Rover One-Ten “Defender” County Station Wagon from us. At that time it had only covered an amazing 10,000 miles from new, and was the subject of a couple of Land Rover magazine articles.

Over the next 10 years, the Land Rover has been languishing in a private car collection.

It recently emerged fro sale, still only having 42,000 miles on the clock, and still in stunning condition.

Gareth saw it for sale, and decided it was time to “re-visit” one-ten Land Rover ownership – so decided to buy back the Land Rover that he originally purchased 14 years ago !

Today he called in to see us, on his way back home to Edinburgh, and we have to agree – it is one of the most original unspoiled examples on the planet