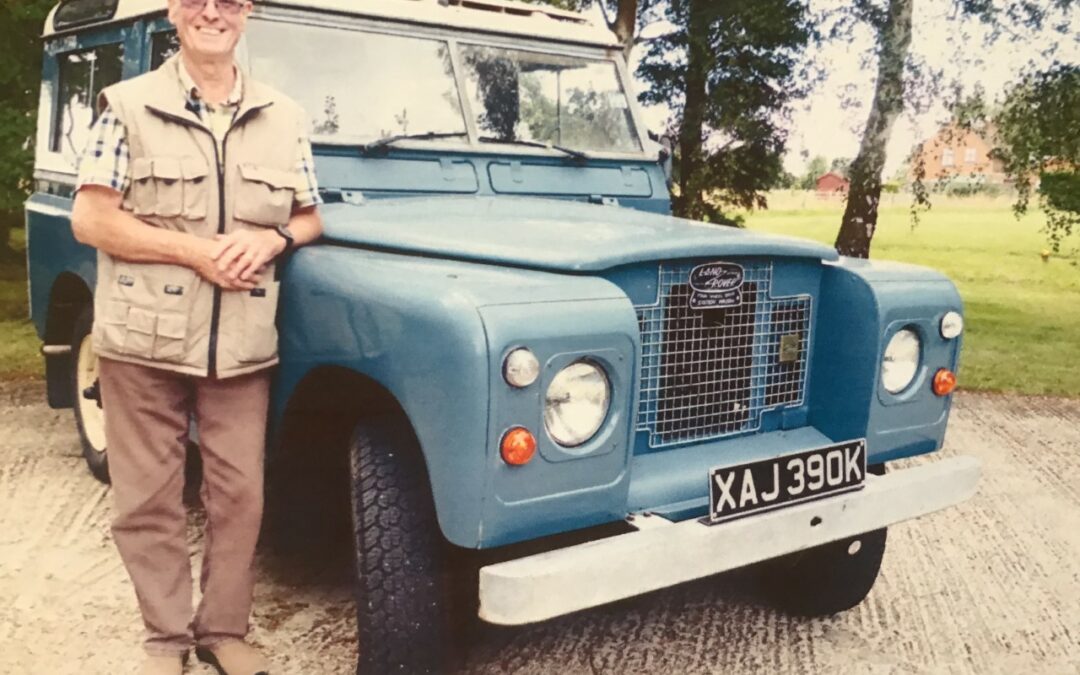 Having bought and sold thousands of Land Rovers over the years it would be impossible to remember every one surely ?

That is “probably” true, but some certainly stick in the memory bank, and we do seem to have an amazing ability to spot one of our Land Rovers.

That was the case a few days ago, whilst surfing the various Land Rover groups on Facebook – we spotted a post from Mike, who was looking for confirmation of the exact model of Series Land Rover that he owns – and to assist he had posted a picture of said Land Rover.

The registration number “XAJ” struck a chord, and within a minute we were able to confirm our suspicions that it had in fact passed through Land Rover Centre hands. Originally in 2000, again in 2006 and finally in 2008.

Mike was unsure if he had a late Series IIA Land Rover or a very early series III and if it was a county station wagon – or not.

The only non – original bits we could spot from his picture (and the bits that were causing the confusion) – are the series 3 door hinges.

We were able to find pictures from our archives, and confirm that the hinges had in fact already been fitted back in 2000 when we first purchased it.

Thanks for all that interesting information.  The first owner as recorded in the service book was a Mr J H Cummings who lived in Sunderland, possibly a relative of your client Mr Thomas Cummings of Leyburn?
The original vendors were Messes Kellet &Pick of Northallerton.
The owner before I bought the vehicle in 2014 was, indeed, your customer Mr Dixon of Henlow, Bedfordshire – only about four miles from where I live. It was sold on his behalf by Rogers, a Land Rover and Isuzu specialist firm in Bedford.
Really fascinating is that although I never met Mr Dixon, his parents Sir Ian (now deceased) and Lady Dixon bought my late father in law’s house in our village and as I own some adjoining woodland I knew them quite well.
About four years ago I had the old girl professionally re-sprayed, mainly because of scratches, chips and spots of aluminium corrosion in the bodywork, and I have to say she looks absolutely great…particularly when spruced up for local classic car events.
And…last year I put her in for a voluntary MOT which she passed without even gaining an advisory!
Mileage has not advanced much since your last record – still under 105,000 – but  as I’m coming up to 83 and  finding the lack of power steering a bit challenging I confine my journeys in her to short local outings.
I remain faithful to the “green oval” badge in my daily motoring though…..albeit in the far more comfortable surroundings of an Evoque 2020.

It’s dark and raining now, so I’m not going out to check, but I think XAJ has a Land Rover Centre plate on the back, probably from when she was restored/repaired way back before I bought her from Rogers, Bedford in 2014.

I learned to drive on the farm Series 1 – sold for fifty quid at the dispersal sale! In the 1970s- and had three Landies before her.

I’m 83 now and, frankly, driving her is very tough on my old carcass, hence the Evoque, but I have some woodland and she’s still expected to earn her keep doing what little woodland maintainable work that I’m capable of. I could NEVER part with her!

I’ll gather that her owner after she passed through your hands bought her for his wife (as you do) but she didn’t like her and XAJ was put in a private car collection until Rogers Bedford sold her to me on the owner’s behalf.

I’m not going to part with her…. when I drop off the perch she goes to my son in law.