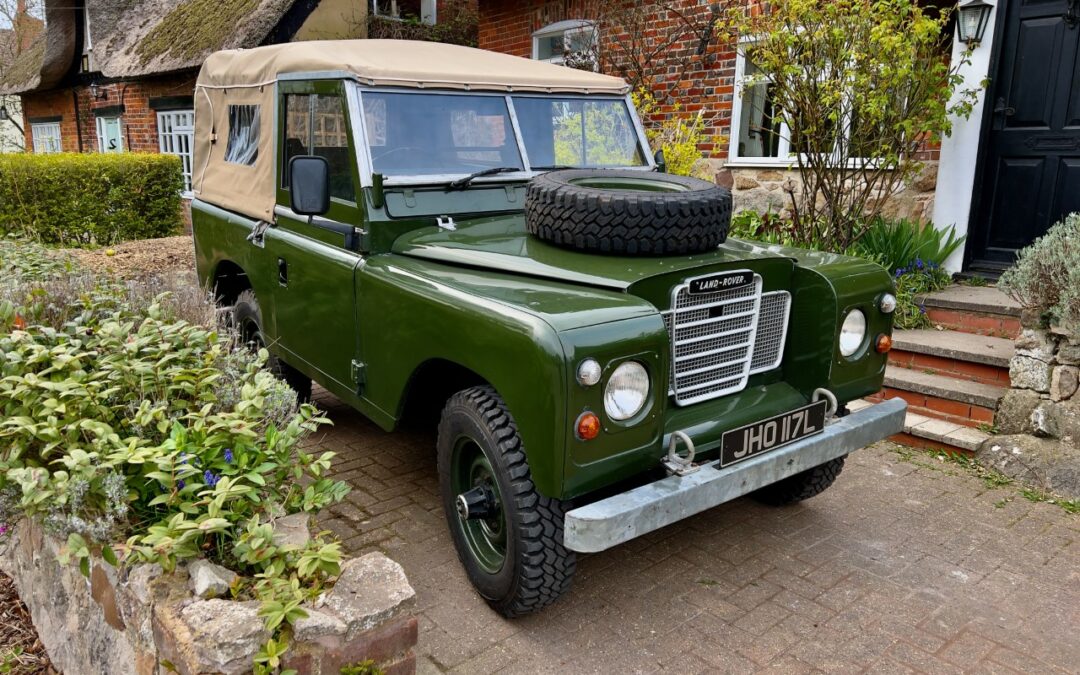 A couple of months ago, we were contacted by Neil in Australia.

He was looking to purchase a nice 1972 Land Rover.

He had spotted “JHO” on our web site – and after chatting with us, he decided to make the decision to buy it.

We had to keep the purchase pretty much “Under wraps” as he was buying it as a surprise 50th Birthday present for his brother Gavin’s 50th Birthday.

Today we were really pleased to be able to deliver the surprise on behalf of Neil to his brother Gavin in Wiltshire.

To say that is was a surprise is an understatement!!

After letting him catch his breath, we were soon pottering around the Wiltshire countryside giving Gavin his first lesson

“Thanks again for delivering my birthday gift on Monday!

It is going splendidly, and I have been for several “test” runs! Yesterday I just gave up on excuses such as… “You needed another pint of milk didn’t you darling, don’t worry I will go and get that” and  “I need petrol” and took to driving around the lanes for no reason! 😃

As promised, please find attached a picture of JHO 117L outside its new home”